10 Best Things to Do in Hawaii 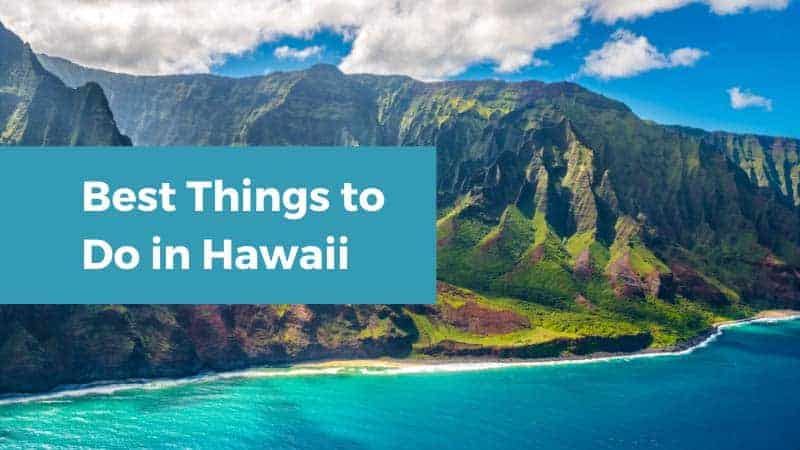 Whether you’re visiting just one of the Hawaiian Islands, island hopping by plane or sailing around the archipelago on an scenic cruise, there are countless of things to do in Hawaii. From cultural immersion to outdoor adventures, from scenic drives to glorious beaches, Hawaii’s attractions are as varied and numerous as they come.

10 Best Things to Do in Hawaii

Most cruises around Hawaii visit all the largest islands—Oahu, Maui, the Big Island (Hawaii) and Kauai—all of which have their own distinct highlights and vibe. A cruise is arguably the most convenient way to see the most of Hawaii. After all, you’ll also get to enjoy the views from the ocean, which is a privilege most visitors simply don’t have. When combined with a truly overwhelming number of possible shore excursions, here’s one of the world’s best cruise destinations!

Below, we’ve selected the ultimate best things to do in Hawaii on the four above-mentioned islands.

1. Soak Up the Hawaiian Sun on Waikiki Beach, Oahu 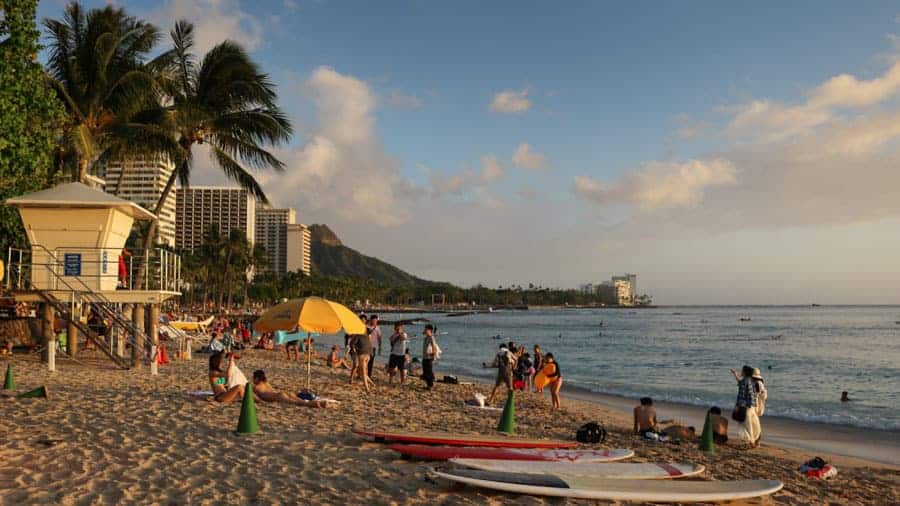 When cruising the islands, spending some time on this most iconic of beaches is one of the top things to do in Hawaii. 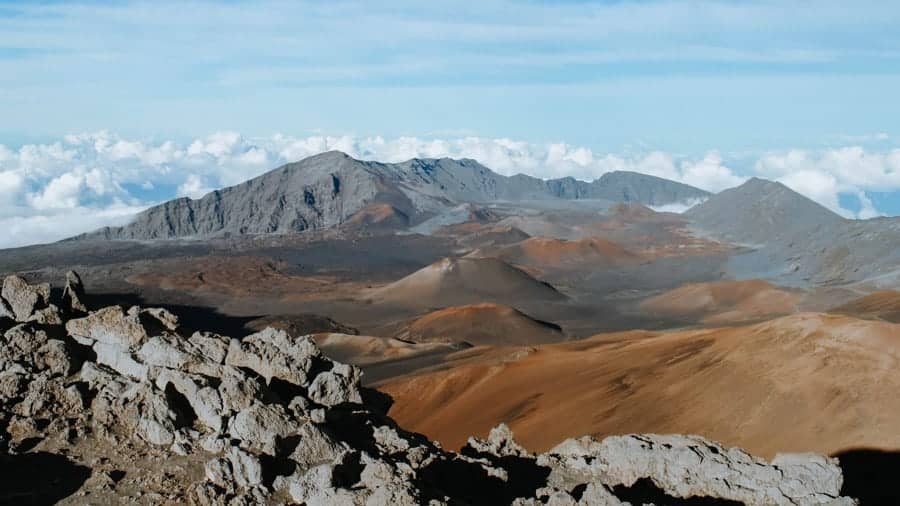 One of Hawaii’s two national parks, Haleakala National Park dominates the eastern part of Maui. This enormous volcano—one of the largest on Earth—is famous for its amazing sunrises and sunsets, but adventurous visitors can also enjoy some fantastic crater hiking here.

The mountain’s eastern slopes feature lush rain forests and waterfalls, which are reachable via the world-class Road to Hana (see number 10 below).

3. See the “Grand Canyon of the Pacific”, Kauai 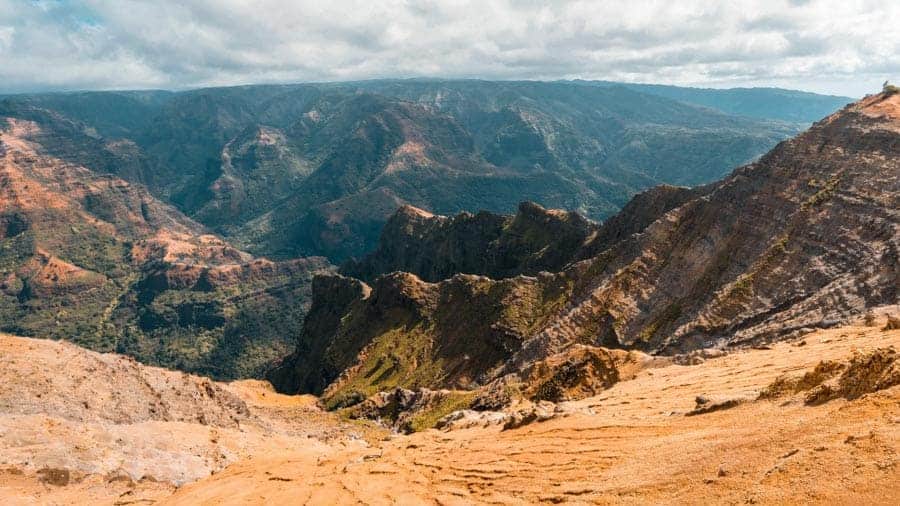 Although it’s much smaller than Maui and the Big Island, Kauai does have some huge attractions. This includes Waimea Canyon, a massive gorge in the north of the island nicknamed the “Grand Canyon of the Pacific.”

It’s an easy and scenic drive to the canyon, where several viewpoints and hiking trails allow you to admire and explore this breathtaking landscape. 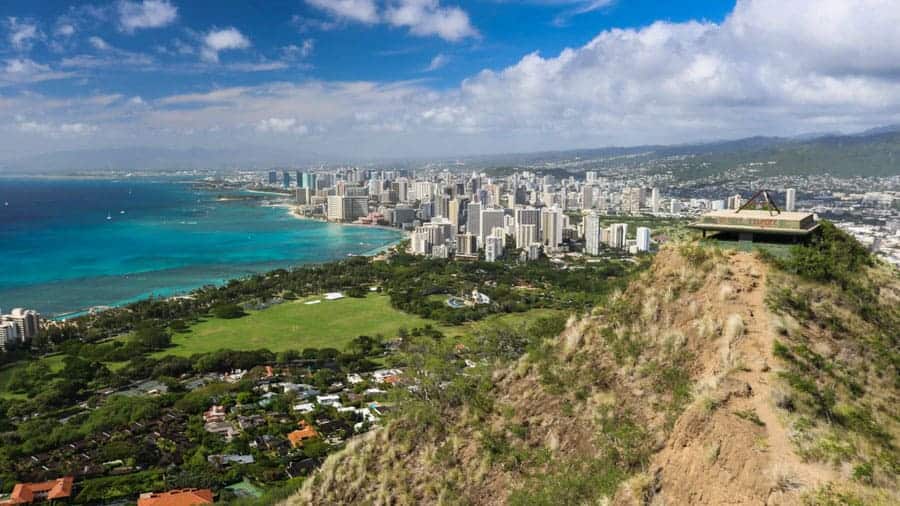 Many Honolulu postcards feature a view that includes the city with Diamond Head in the background. This volcanic cone dominates the Honolulu skyline and is the most visited Hawaiian state park.

It lies just outside the city, featuring great hiking trails and offering spectacular views. This is definitely a recommended activity for anyone visiting the capital of Hawaii. 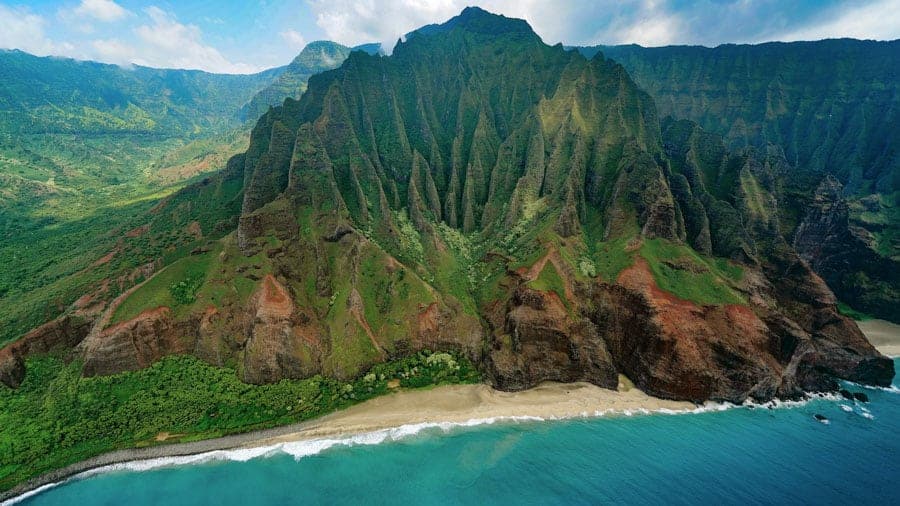 While Kauai’s west, south and east coasts are super-accessibly, its north coast is not. The wild stretch of coastline consists of hidden beaches, towering sea cliffs, waterfalls and steep valleys. The only way to get there is either via a (sometimes dangerous) coastal hiking trail, by boat or by helicopter.

Helicopter tours of the sensational Na Pali Coast are one of the undeniable highlights of any visit to Hawaii. It’s one of the most memorable holiday activities you’ll ever do! Alternatively, Hawaiian cruises also pass by the Na Pali Coast, offering unique views from a distance. 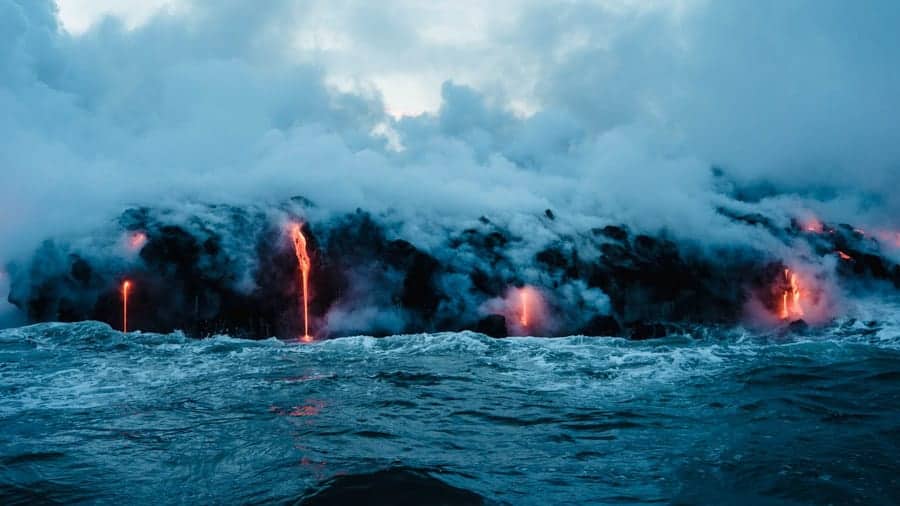 A UNESCO World Heritage Site, the Big Island’s Hawaii Volcanoes National Park is one of the few places in the world where you can see land being created—literally! Flows of lava run slowly down slopes and into the ocean, sending fountains of steam up into the sky. It’s an extraordinary sight and one of the best things to do in Hawaii.

In addition to the lava flows, the park also offer great hikes and pristine rain forest scenery. Attractions include the Crater Rim Drive, the Jaggar Volcanology Museum, the Chain of Craters Road and the Thurston Lava Tube. 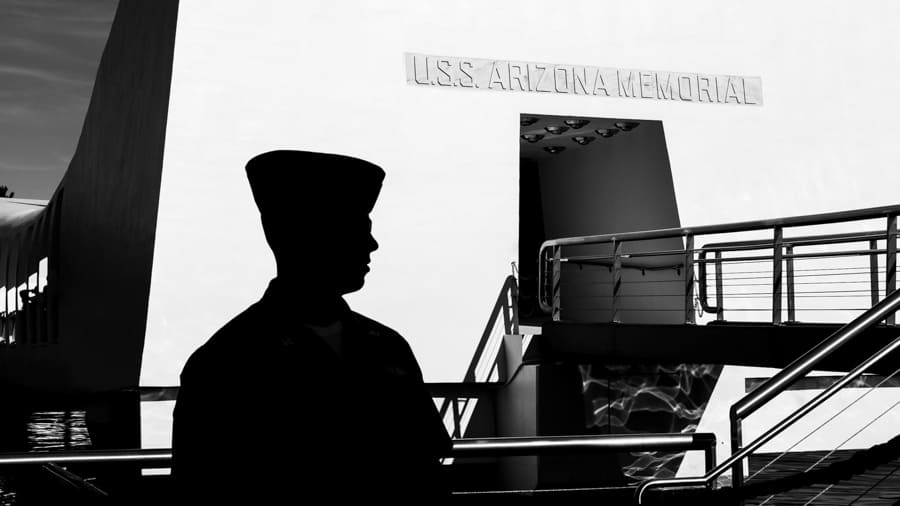 Besides gorgeous beach and spectacular nature, Hawaii is also home to some historically significant landmarks. The most famous of those is undoubtedly Pearl Harbor. Several museums, memorials and monuments dot Pearl Harbor, offering information about the port’s history and the 1941 bombing, which made the U.S. enter World War II. 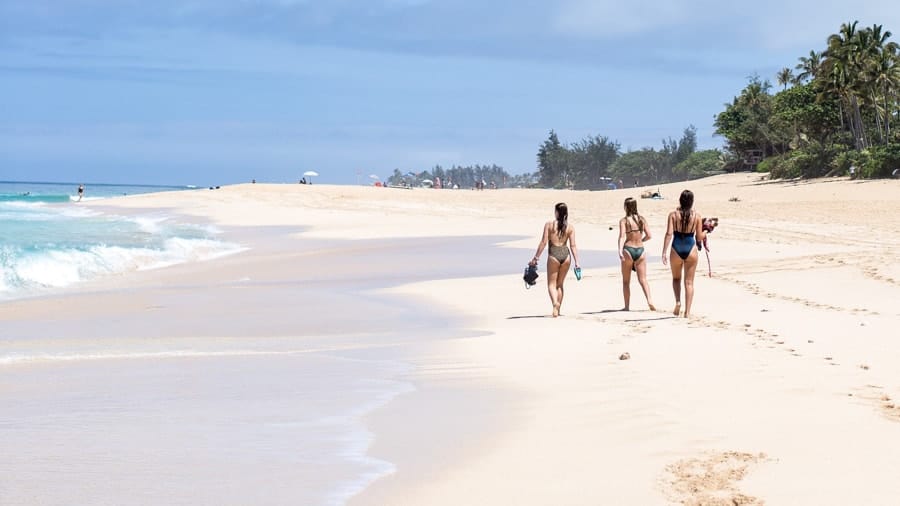 Much more laidback than the Honolulu area, Oahu’s North Shore is characterized by food trucks, surf shops, art galleries and big-wave beaches. It’s one of the most popular surfing destinations in Hawaii, the setting of annual professional surfing competitions.

Besides surfing, you can also simply sunbathe and swim, go snorkeling among coral reefs, enjoy typical Hawaiian plate lunches, and browse the many shops in the charming tourist town of Haleiwa. 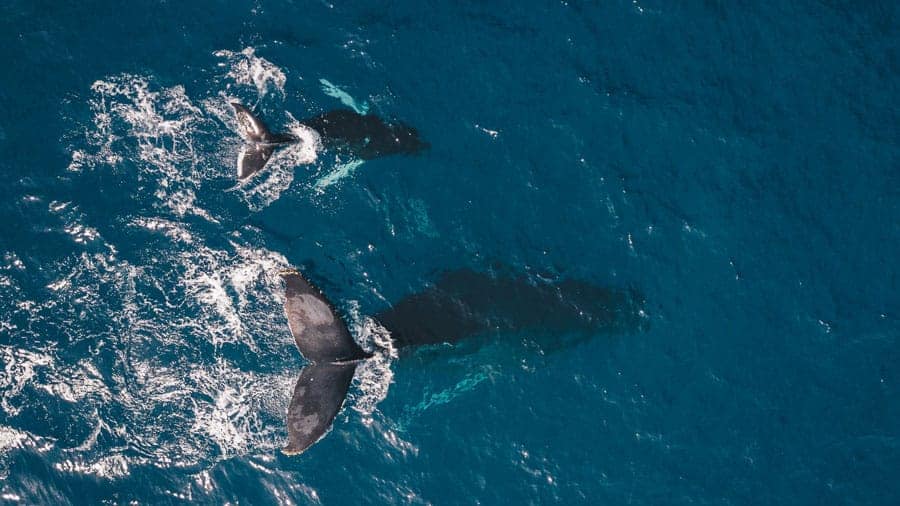 Maui is one of the best places in America to see humpback whales. Every year from November to May, large numbers of these gigantic marine mammals migrate past Maui. The peak season is usually between mid-January and March, which is the most popular time to cruise to Hawaii.

The best places for whale watching trips in Maui are Lahaina and Maalea, while several viewpoints along the south and west coasts offer whale watching opportunities on the mainland. 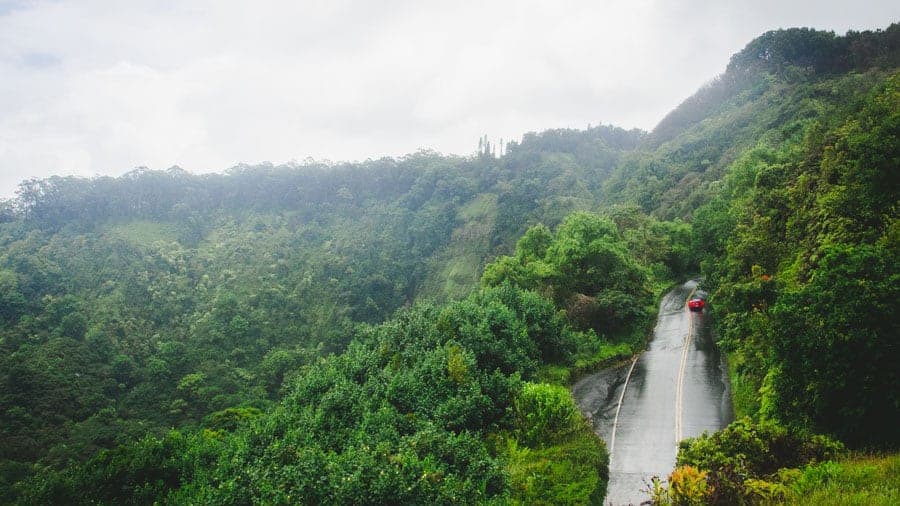 One of the world’s greatest drives and best things to do in Hawaii, the Road to Hana is a thrill ride of a road. It’s arguably the crown jewel of Hawaii’s scenic highways. About 60 miles long, this stretch of road features more than 600 (!) turns, many of which are blind switchbacks, and about 50 one-lane bridges.

On the way, you’ll pass lush tropical gardens, roadside food and beverage stands, waterfalls, scenic viewpoints and historic sites. This is the perfect example of why, often, the journey is more important than the destination. It’ll probably be one of the most exciting driving experiences of your life.