Explore the Best of Italy on These 5 Cruises 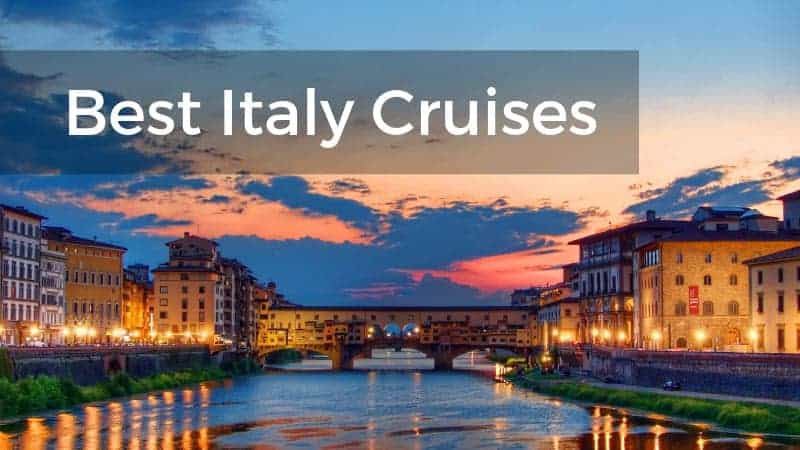 Few, if any at all, countries in the world compare to Italy in terms of history, art, architecture and cuisine. From Ancient Rome through the Renaissance, Italy has been a beacon of progress, innovation and talent. This is the country of the Sistine Chapel, the Amalfi Coast, Florence, the architectural wonder that is Venice, and so much more. And the beauty of it all? It’s incredibly easy to see it all on Italy cruises.

This boot-shaped peninsula has more coastline relative to its surface area than most other nations on earth. Numerous iconic historic cities line the coasts of the Tyrrhenian, Ionian and Adriatic Sea, all sub-seas of the Mediterranean, while gorgeous islands dot the region. It’s a veritable cruise paradise. 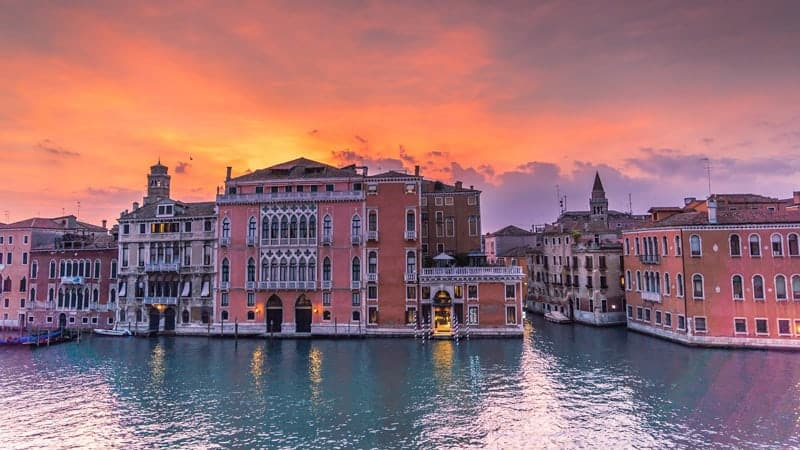 One of the best Italy cruises is this one-way 10-night Rome to Venice Cruise from Regent Seven Seas, one of the most luxurious cruise lines in the world. It’s exceptional because it essentially loops around the entire Italian peninsula. From Rome to Venice, you’ll stop at several of the greatest destinations in the entire region.

After embarking from Rome, you’ll visit Florence and Pisa, the Amalfi Coast and Sicily. Then, the journey continues toward Corfu, Greece and into the Adriatic Sea, where you can explore historic coastal towns such as Kotor and Dubrovnik before arriving in Venice. 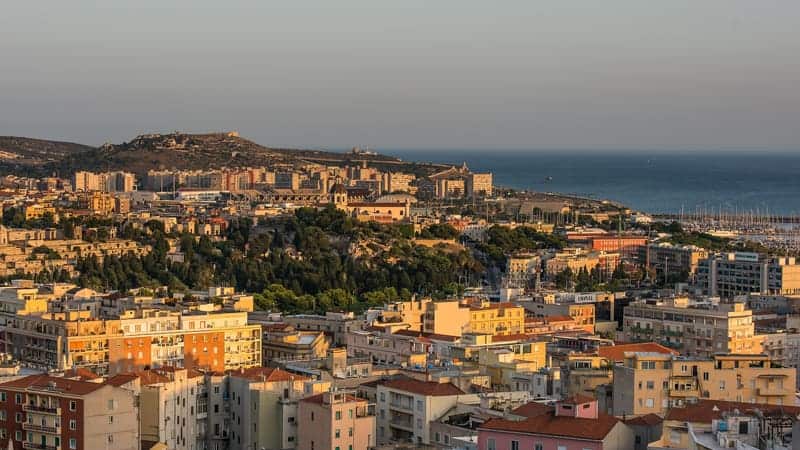 The Silversea Silver Spirit takes cruisers from Barcelona to Rome on this glorious 7-day Italy cruise. You’ll explore some of the most spectacular sun-soaked shores of the Western Mediterranean islands. After leaving Barcelona, the ship sails to charming Porto Mahon and onward to a few picturesque cities on Sardinia and Sicily.

You’ll then continue to Sorrento, one of Europe’s most enchanting coastal villages, where you’ll spend the night. Rome is the final destination of this one-way voyage, arguably the world’s greatest ancient city. 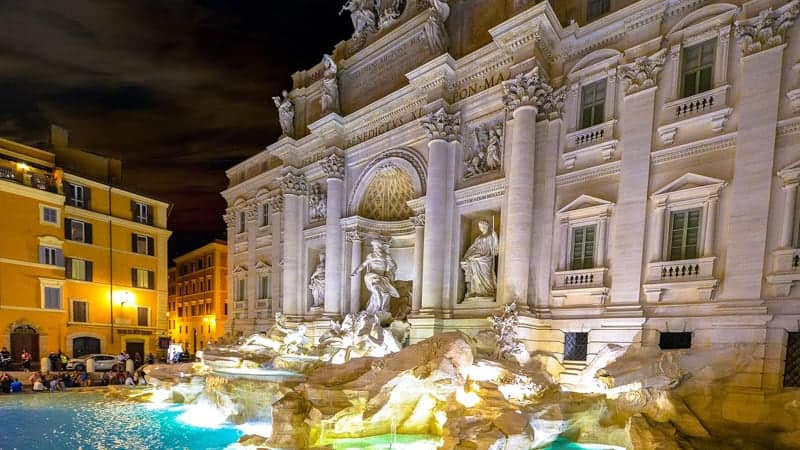 Norwegian’s Greek Isles & Italy Cruise takes you to the birthplaces of Western civilization. This 11-day roundtrip kicks off in Rome, the location of such iconic historic sites as the Colosseum, the Trevi Fountain, the Roman Forum and the Vatican.

From there, you will head straight for Greece and its sensational islands. On the itinerary are epic vacation spots, including Mykonos, Santorini, Rhodes and Crete, as well as a visit to the Acropolis in Athens. Things don’t really get more historic than that. On the way back, the ship stops in Sicily, Naples and near Florence and Pisa, rounding off one of the most historically and culturally loaded cruises in the world. 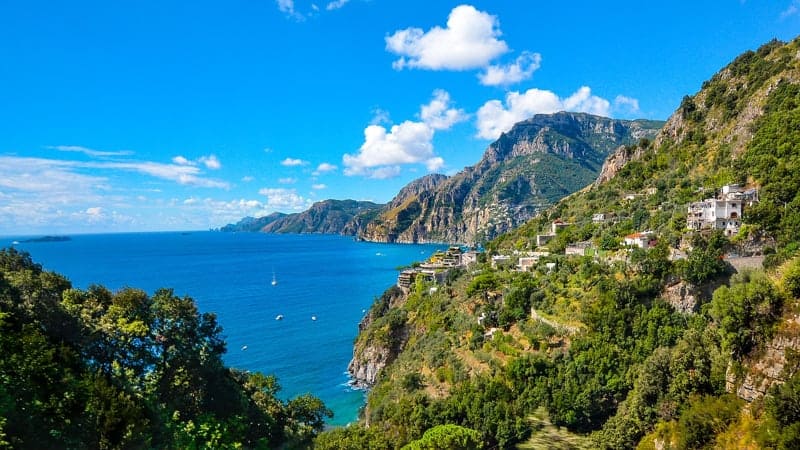 Compared to most other cruises, this Western Mediterranean Cruise to Italy with Royal Caribbean is super-short. However, that doesn’t mean it’s not packed with fun and fascinating stuff. Rather the contrary, in fact, on these three days you will immerse yourself in the Italian culture. For a first taste of what Italy is all about—sometimes quite literally—this cruise is a superb option.

Spend a day or two exploring the cultural treasure chest that is Rome before hopping on the Oasis of the Seas. One night later, you’ll be in Naples, the birthplace of pizza as we know it today. Visit the city’s churches and centuries-old eateries, hike Mount Vesuvius, take a guided tour in the Catacombs of San Gennaro,… There’s plenty to do in a day.

Get back on board and continue your journey to Barcelona, the end point of this jam-packed sailing across the Western Mediterranean. 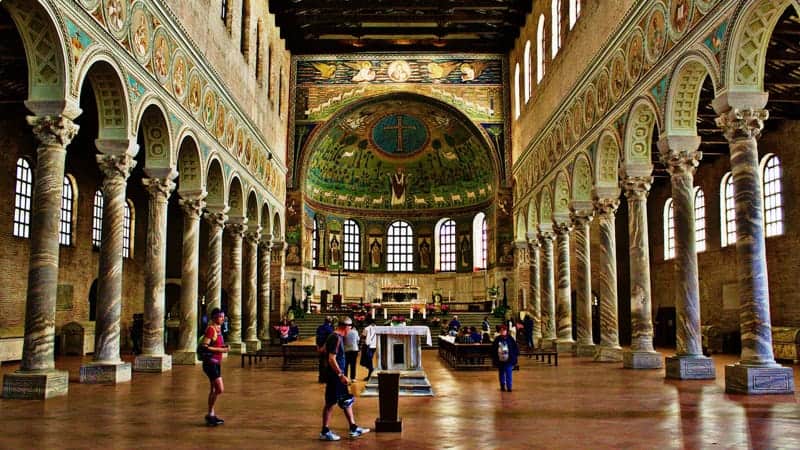 Oceania Cruises also offers a number of Italy cruises, among the best of which is the 7-day Venice to Rome Cruise. Sailing from one of Italy’s most famous cities to another, you will experience the beauty of the Italian seas first-hand.

First, set aside two days to explore Venice’s alleyways and waterways. Then, embark on a superb week-long journey to one UNESCO World Heritage Site after the other. The first stop is Ravenna, often overlooked yet home to no fewer than eight World Heritage Sites, after which you’ll also visit Zadar, Kotor and Corfu, respectively in Croatia, Montenegro and Greece.

On Sicily, you can visit the medieval town of Messina, see towering Mount Etna and admire the Greek theater in Taormina. The last stop before arriving in Rome is Naples, where excursion options abound. Take a boat over to beautiful Capri, visit Pompeii or Herculaneum, or check if the fame of Sorrento is justified. It is.