Best Time to Cruise to Alaska 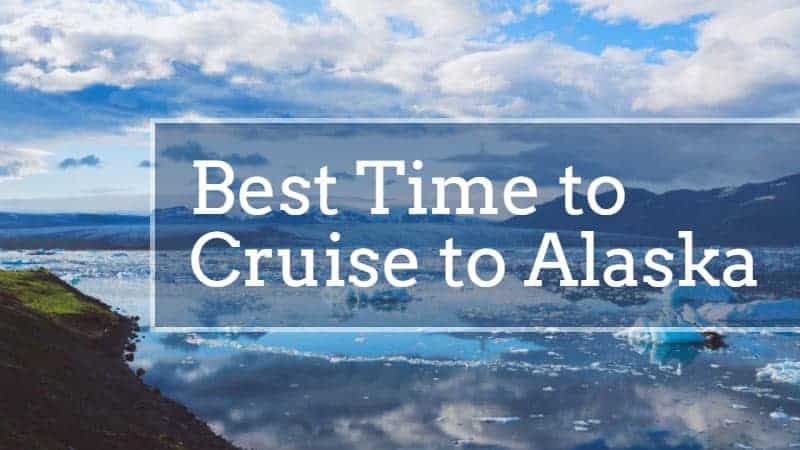 Home to most of North America’s highest mountains, epic fjord-lined coasts and massive glaciers, Alaska is the epitome of everything that is still wild in this world. The Arctic circle cuts through this vast American state, which makes that winters are dark and long while summers are gloriously bright and bursting with life. Although it’s possible to explore (southern) Alaska by car, arguably the best way to truly experience the majesty of America’s wildest corner is on a coastal cruise.

The Alaska cruise season begins around mid-May and runs until about mid-September, for a total of approximately four months of wonderful cruise conditions. Note that because Alaska lies so far north, these four months pack in basically three seasons—spring, summer and fall.

There are some differences within that seasonal window, though, especially in terms of temperatures and prices.

Typically, June and July, which are the warmest and busiest months of the year, see prices skyrocket, while the shoulder months of May and September are cheaper, but cooler. June and July are also the best months for wildlife watching and fishing—brown bears and red salmon abound in summer. May and September, on the other hand, are relatively speaking not as good for wildlife watching, but do have other natural perks in the form of respectively wildflowers and waterfalls, and fall foliage and a chance of seeing the elusive Northern Lights. August hits a sweet spot and is excellent for silver salmon fishing and berry picking.

The following monthly overview sums up the pros and cons of every month of the Alaska cruise season. Depending on what you’re after, this should help you greatly while deciding on the best time to cruise to Alaska.

Basically, there are three main factors you should look at concerning the best time to cruise to Alaska.

You’ll undoubtedly find the cheapest cruise prices in the shoulder months of May and September. The difference can be pretty huge, in fact, and it’s no rarity to find prices that are several hundred dollars lower in May than they are in July, for the same cabin. Additionally, on-shore excursions are also significantly more affordable in the low season.

Price and availability are, of course, related. Cruises with lots of available accommodation will, naturally, be cheaper—the cruise lines want to get their ships as full as possible. As the bookings continue to flow in, the prices rise. Hence, if you’re budget-conscious, the best time to cruise to Alaska is May or September.

Price and availability are, however, not the only things to look at. Weather is another, a factor that can potentially hugely influence your cruise experience. That said, though, there’s a reason that the Alaska cruise season is from May to September. These are simply that months that have the best overall weather.

Days are long during the entire season—with some minor differences between months—and it’s relatively warm throughout. Note that rainfall does fluctuate and that May, June and the beginning of July make up the driest period in the year.

One of the main reasons people travel to Alaska is the unparalleled opportunities for wildlife watching. This is a factor that is perhaps the most important of them all. Note that although you can spot various wild animals all-year round in Alaska, there are a few “wildlife watching peaks”.

Prime bear watching, for instance, is typically from June through the first half of July, while you have a better chance to see (and hear) moose, caribou and other four-legged herbivores during their mating season in September. May and June, on the other hand, is the best time to spot young animals—cubs and calves. Note that Denali National Park, arguably Alaska’s best wildlife watching destination, doesn’t open until early- or mid-June.

Because Alaska is also a popular fishing destination, let’s talk about that as well. Simply put, fishing is excellent any time of year in Alaska. During the cruise season, it’s essentially nothing more than deciding which type of salmon you’d like to fish for. Kind, sockeye and red salmon tend to be most abundant in June and July, while silver and pink salmon run through August and often into September.

As the countryside springs to live during this short but hectic warm season, bugs are a serious nuisance in the peak months. In June, July and August, bug spray is an absolutely necessity. The cooler temperatures of May and September result in a lack of these irritating creatures, which might be something to keep in mind if you’re going to be outdoors a lot.

You should now have a better idea of when is the best time to cruise to Alaska, depending on your preferred activities.